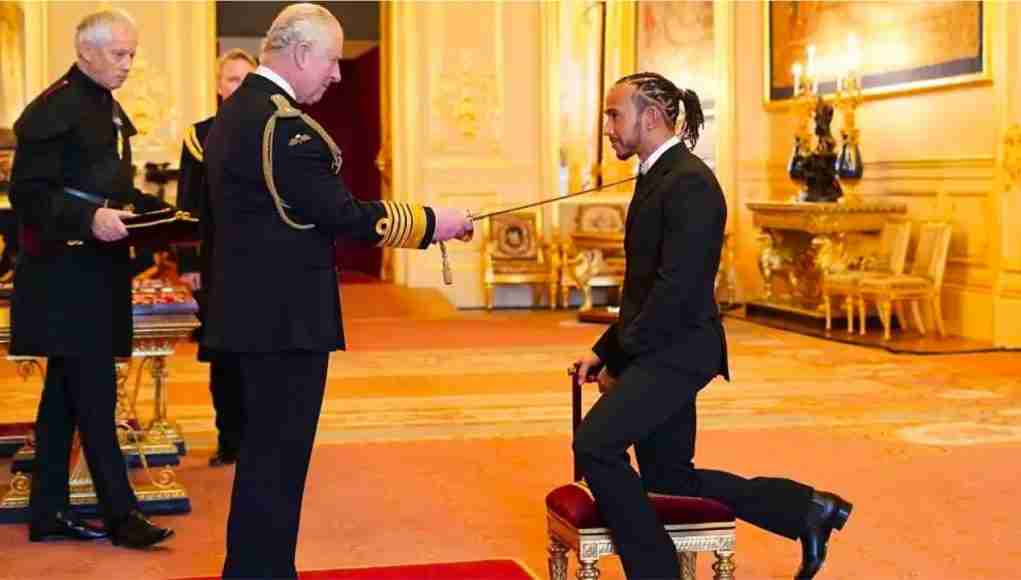 Lewis Hamilton, the seven-time Formula One world champion, was knighted at a ceremony in Windsor Castle just days after losing a titanic battle for the world title to Max Verstappen. When Hamilton won his 7th Formula One world title in 2020, he equalled Michael Schumacher’s long-standing record as part of the Queen’s New Years Honours list, he was named to the list of those to be knighted. The Prince of Wales knighted Hamilton. British Prime Minister Boris Johnson even recommended him.

After Sir Stirling Moss, Sir Jack Brabham, and Sir Jackie Stewart, Hamilton is the only Formula One driver to receive this honour. He is, however, the only other live F1 driver to be knighted, alongside Sir Jackie Stewart, and the only one to be honoured while still racing.
Hamilton came agonisingly close to winning his record-breaking eighth world championship in 2021, but a contentious finish to the F1 season finale cost him the race to Verstappen on the penultimate lap. Hamilton, who will turn 37 in January, is the only black Formula One driver in the sport’s history. He has a contract with the Mercedes F1 team until the end of the 2023 season when he will be 38, almost 39 years old. Many believe Hamilton will retire after his contract expires.
Hamilton attended the knighthood ceremony alongside his mother Carmen, who is rumoured to be attending the FIA world championship prize presentation on Thursday. The Mercedes F1 team is unlikely to appeal the race judgement in Abu Dhabi after both of its appeals were rejected by the FIA stewards, which were reportedly prompted at Hamilton’s request.