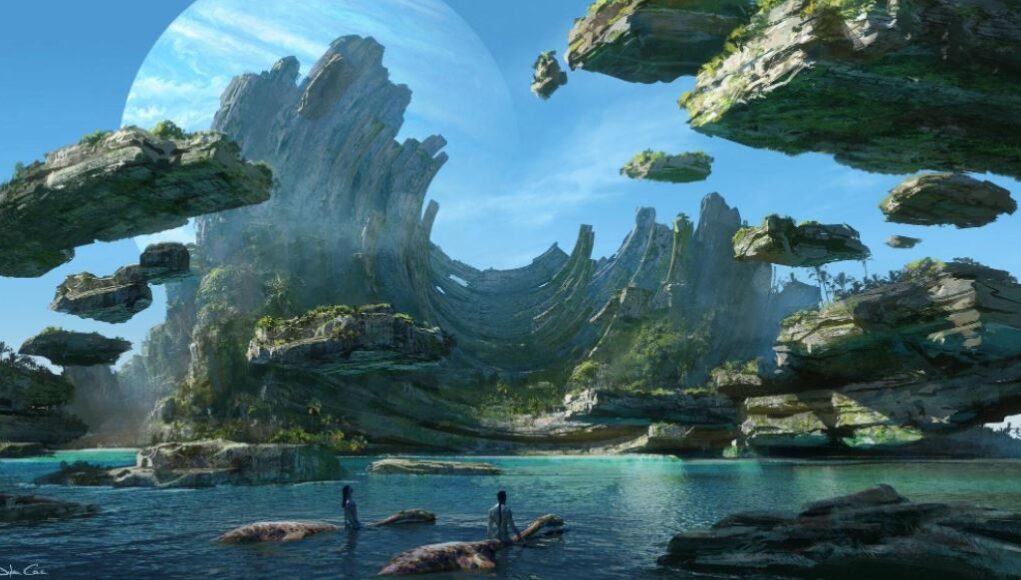 Avatar 2 is a fact now. Its first trailer is out and going to be released in December. In case you don’t remember, Avatar was released in 2009 and told the story of a group of humans who invaded a moon called Pandora to exploit its natural resources, the problem is that it was inhabited by blue creatures who were not happy that these men would like to rob them and destroy their house.

It’s been years since Cameron released the first Avatar, but that’s not exactly a problem, to make the first one, it took over a decade to finish Avatar 2 and the result was better than everyone expected, so there’s a good chance of that the years of waiting have only served to have even better effects and a more epic story than the original.

Once the director got the green light for the project and this sequel is just the beginning, and it looks like everything is going according to plan because the director shared an image of the huge film set to announce the end of filming. The image doesn’t contain any spoilers, but it makes it clear that this is a huge project.

The first film shattered previous records at the box office by grossing over $2 billion worldwide, also garnering multiple Oscar nominations and taking home awards for special effects, art direction and photography, so in the Deep down, we always knew that Cameron had not finished telling this story and, when Endgame managed to break his record, the director did what we all expected and announced that he would not just make a sequel, but that he had several films prepared in the world of Pandora, which is also one of the most impressive Disney parks.

James Cameron has already finished filming the first sequel, and it is not long before production begins on the next one. In 2017 he revealed that he had plans to do at least 4 more movies, but that will really depend on the success of Avatar 2 and Avatar 3 , which are the only ones confirmed at the moment.

Here’s what you need to know about Avatar 2:

What is Avatar 2 about?

There are not many details regarding the story, but it is believed that the second part will take place about 8 years after the events of the original film, this because, in an interview with Empire, Cameron spoke about a marital dispute between the central protagonists. Jake (Sam Worthington) and Neytiri (Zoe Saldana), which he shot from the perspective of his eight-year-old daughter.

Cameron said, “There’s a three-page argument scene between Jake and Neytiri, a marital dispute, very, very critical to the story. I ended up shooting the whole thing from the point of view of an 8-year-old girl who was hiding under the structure. and peeking out. Having gone through the experience with [Sam Worthington] on Avatar, he now knew how to write the character of Jake on the emotional roller coaster of the next four movies. It’s been tough on him. He’s done two movies in a row, because we did 2 and 3 together. He had to go to some dark places.”

He also said that this will be a kind of family saga.

Which is the title of this sequel?

Nothing has been officially confirmed by Cameron, but a leak says it will be called Avatar: The Way of Water. The same director confirmed that this is one of the possibilities, but that they have not yet made a decision.

Sam Worthington and Zoe Saldana are back for this and the next film, and while she died in the first, Sigourney Weaver is also said to be returning in some capacity as Dr. Grace Augustine in at least Avatar 2.

In addition to these returning main characters, other actors will return for Avatar 2. Dileep Rao played Dr. Max Patel, one of the scientists on the Avatar show who comes to Jake Sully’s aid. Joel David Moore will return to the role of Norm Spellman, another friend of Sully’s, and the only human allowed to remain on Pandora after they were kicked out at the end of the first film.

CCH Pounder will return as Mo’at, the spiritual leader of the Na’vi. In addition and, although he also died, it is said that Matt Gerald will return as Lyle Wainfleet.

First trailer of Avatar: The Way of Water

James Cameron has unveiled the opening scenes of Avatar: The Way of Water, where we get to see more of his incredible visuals and the world we’ve left behind for several years.

News Editor - July 30, 2021 0
Devils Line Season 2 fans have been waiting for news of the second season ever since. Devils Line, also known as Debiruzu Rain in...